The Project – An Ancient Profession
“
Only a new seed will yield a new crop. Only with new knowledge and a new approach can we achieve the age-old desire for peace.”
—Maharishi Mahesh Yogi

The Global Peace Initiative is now actively working to establish this group of 9,000 professional peace-creators in India.  The meditation practices that form this ‘technology of peace’ have their origin in the Vedic tradition of India, the world’s oldest tradition of knowledge. They were revived in this modern era by Maharishi Mahesh Yogi (see below), widely regarded as the foremost Vedic scholar and scientist of consciousness of our time.

The group of 9,000 peace experts is being made up of the traditional custodians of Vedic knowledge in India — The Traditional roots of the current group (see below) whose ancient profession was to maintain harmony in society through this technology of peace.

Did you know that there are three phases in the development of the free Maharishi Vedic Pandit training program?

Firstly the 10 to 15-year-old boys get tuition at local schools in their home villages – over 1,000 villages throughout India have these basic training centers. Secondly, at age 16 they join one of the over twenty-five Maharishi Regional Training Centres. Then finally at about age 18 and quite often younger, they join the last phase of training in the Brahmasthan of India.

What do these sponsorships cost?

FREE EDUCATION FROM A YOUNG AGE TO THE GRADUATE LEVEL

Read about Our Progress to Date

Since ancient times, the Vedic Pandits of India have been trained in the vast scope of knowledge found in the Vedas and Vedic literature. At the core of this knowledge are methodologies that allow individuals and society to advance towards greater happiness and enlightenment.

In recent centuries, the effectiveness of Vedic practices diminished due to a loss in the correct understanding of their use. Restoring their purity and effectiveness in our modern era was the life work of Maharishi Mahesh Yogi.

Maharishi is best known around the world for introducing Transcendental Meditation (TM), the most thoroughly researched and effective technique for self-development. In his 50 years of teaching, he also restored from the Vedic tradition the practical approach to reduce violence and promote peaceful trends in society — the approach that forms the basis of the Global Peace Initiative.

The Traditional roots of the current group

The Roots of the Vedic Tradition and Vedic Pandits
The Global Peace Initiative draws upon the knowledge and technologies of India’s Vedic tradition. Vedic comes from the word Veda, which is the Sanskrit word for knowledge. The Vedas are considered mankind’s oldest books of knowledge. The Vedic tradition is, perhaps, the most ancient and respected source of knowledge about consciousness and the development of human potential.

Over thousands of years, the sages and seers of this revered tradition researched the heights of human potential and cognized the means to make this potential a living reality for everyone. The Vedic tradition holds that regular experience of Transcendental Consciousness — termed Samadhi in Vedic texts — fuels the growth of human potential to higher states of consciousness ultimately leading to enlightenment. Furthermore, the Vedic texts state that the experience of this unified level of consciousness by groups of individuals has widespread benefits for society.

Vedic Pandits
The Vedic tradition is primarily an oral tradition. For millennia the Vedic wisdom was orally transmitted from father to son and from teacher to student within select groups of families, whose hereditary role it was to be the custodians of this knowledge. The sons of these Vedic families are the Vedic Pandits who in ancient times would devote themselves from an early age to mastery of meditation and the recitation of the Vedas. By their mid-twenties, the Vedic Pandits were adept at advanced meditation and experts at creating an influence of peace and coherence in society.

Out of respect for this ancient tradition, the United Nations Education Scientific and Cultural Organization (UNESCO) named the oral recitation of the Veda and Vedic literature an “intangible heritage of humanity.”1

Unfortunately, with the long lapse of time the purity and complete understanding of the Vedic knowledge was lost, and therefore it ceased to be effectively implemented in society. In recent times, foreign invasions coupled with the pressures of modern age have threatened the Vedic tradition with veritable extinction.

Modern Restoration
Over the past 50 years, Maharishi Mahesh Yogi — considered one of the greatest scholars and teachers of the Veda and Vedic literature in recent history — restored this knowledge and its complete practice among its traditional custodians — Vedic Pandits.

Maharishi’s earliest efforts focused on reviving the core of Vedic wisdom — the ability to experience Samadhi or Transcendental Consciousness. To accomplish this goal, Maharishi developed the Transcendental Meditation® program, and also the advanced the TM-Sidhi® program which amplifies the peaceful and unifying influence of pure consciousness in society.

Maharishi further developed a systematized curriculum for the training of Vedic peace-creating experts, which is unsurpassed anywhere in India for its quality of education. As a result, experts who have received their training under the system developed by Maharishi receive the title “Maharishi Vedic Pandits.”

Universal Knowledge
It is important to understand that, though the Vedic knowledge has its origins in India, it is universal knowledge and its usefulness is not limited to the geography or culture of India. Newton’s laws of motion are not English or Christian, nor Einstein’s theory of relativity German or Jewish. A law of nature is universal — true for all people in all cultures at all periods in time. Similarly, the Vedic teachings are insights into laws of nature — laws that apply to everyone’s consciousness and brain functioning and which are just now beginning to be grasped by modern science.

The rediscovery of Greek thought in the Renaissance five hundred years ago spurred the growth of modern society. Similarly, the growing body of research documenting the utility of these Vedic technologies brought to light by Maharishi promise a transformation of society even more profound.

The number of violent crimes in the United States dropped significantly last year, to what appeared to be the lowest rate in nearly 40 years, a development that was considered puzzling partly because it ran counter to the prevailing expectation that crime would increase during a recession.

In all regions, the country appears to be safer. The odds of being murdered or robbed are now less than half of what they were in the early 1990s, when violent crime peaked in the United States. Small towns, especially, are seeing far fewer murders: In cities with populations under 10,000, the number plunged by more than 25 percent last year.

News that violent crime in America had fallen to its lowest levels in nearly 40 years may have baffled authorities but it came as yet another confirmation of the effectiveness of the group practice of the advanced Transcendental Meditation program to reduce violence. Starting in 2006, thousands of experts have assembled to demonstrate the power of group meditation for reducing societal stress and therefore cutting crime and violence in America.

This assessment comes from Dr. John Hagelin, world-renowned quantum physicist, and director of the Invincible America Assembly, where nearly 2000 people from 60 countries have gathered to practice Transcendental Meditation and its advanced techniques, including Yogic Flying, together to promote “coherence in national consciousness.” 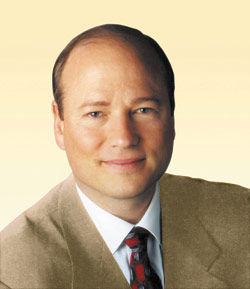 “As predicted before the launch of the Invincible America Assembly, there has been a dramatic and sustained decrease in violent crime in the United States since the Assembly began. In fact, the number of murders is now the lowest in four decades, according to the FBI Uniform Crime Reports,” Dr. Hagelin said.

The evidence countered the conventional wisdom of experts who foresaw a return to the trend in rising crime. Dr. Hagelin predicts that violent crime in the nation will continue to fall as the number of meditation experts in the Invincible America Assembly increases to the next target of 2,500.

This dramatic and consistent evidence of decreased violence in America is yet another confirmation of the effectiveness of the programs that form the basis of the Global Peace Initiative.

Once the group in India reaches 3,500 – the square root of 1% of India’s population and the number that evidence suggests will transform the whole country towards greater peacefulness–research on social indicators will begin. This research will continue to track changes as the group grows and its area of influence expands from India to the world (see measuring the effects)